My whole journey into the ancestral lifestyle actually began with my husband, Ron.  He had a discussion with someone about whether or not weight loss was possible without giving up alcohol.  Ron is a researcher, so he did what comes naturally and learned about the human metabolism.  His research revealed the importance of protein and fat in our diets and most importantly, it exposed the havoc that excess sugar wreaks on the body.

This was the first time I had ever heard of Mark Sisson, the Primal Blueprint, and marksdailyapple.com.  I was pretty skeptical.  I had tried the Zone diet, the Atkins diet, the Eat Right for your Type diet, and countless others…  My experience with diets was that I was left feeling tired, hungry, shaky, and obsessive about food.  I did not participate in Ron’s “Primal” experiment. I was not interested in “eating a bunch of meat and fat,” thank you very much!

My husband started making some changes in the way he ate, a veggie omelet for breakfast, a big salad with chicken or steak or shrimp for lunch.   He brought a big jar of nuts with him to work for snacks.  He cut out sodas and replaced the sugar in his coffee with some liquid stevia.  He stopped eating the starchy sides that I served at dinner and instead took an extra helping of vegetables.  Honestly, the whole thing was kind of annoying.  But guess what?  He started to lose weight.

My husband had already been exercising regularly and had been in and out of physical therapy for years, but all his exercise didn’t take off the weight. The diet did. Ron lost 11 pounds and three inches around his waist.  He also put on a lot of muscle, so his total fat loss was surely more than the scale showed.  Ron’s physical appearance was not the only thing to change; he had more energy, slept better, didn’t get that afternoon crash, and was not so ravenous when it was time for a meal.  And most importantly, the pain from his injuries improved.

At this point, I was a believer that the Primal/Paleo diet actually worked, but I still found it really unappealing.  I liked the way I ate.  I liked having my oatmeal with blueberries for breakfast, and my mid-morning smoothie, and my turkey sandwich on whole wheat with low-fat mayo for lunch.  I was eating pretty healthy, right???  I cooked fresh food, and ate whole grains, and watched my fat…  But I wasn’t eating healthy, I was grazing on empty carbs and binging on sweets.

In an effort to control my sweet tooth, I banned all sweets from the house.  When I got the sugar cravings, I would have a bowl of high fiber cereal, or a granola bar, or a piece of whole-wheat toast with almond butter on it. Sometimes I would have all three, and I still didn’t feel satiated. My sugar cravings were so strong that I would find excuses to go to the store, where I knew I would pick up something sweet. I would glom down half a package of cookies on the drive home and then throw the rest away in disgust. I would then pour dish soap all over the offending treats, to ensure that I wouldn’t pull a “George Costanza”, and fish them back of the garbage. I was addicted to sugar and I hated it.

I also didn’t sleep well, was tired all the time and I was hungry.  Around two in the afternoon I would crash so hard that many days I would have to take a nap.  My digestive system was a wreck and I constantly craved sugar. I was puffy, my skin was dull and sallow, I had dark circles under my eyes, and my muffin top was not shrinking, despite all my exercise.

My foray into ancestral eating:

It was finally the muffin top that motivated me to try the ancestral diet.  I saw how buff and trim, and well… vital my husband looked, and I decided I would give it three weeks.  I can tell you that the first three days sucked… they really sucked.  I felt like complete crap, and I constantly questioned my choice.  I thought to myself, ‘Ron didn’t feel like this when he made the change,” of course Ron had never consumed as much sugar as I did.

I had read numerous reports about how your body has to detox and adjust to functioning without the constant supply of sugar, so I toughed it out.  I found this terrific timeline about making the Paleo transition, and how many people feel worse before they feel better.  It helped me to know that there was a light at the end of the tunnel, and it helped me to know that I was not alone.

I started to drop some weight, about a pound or a half a pound a week.  It was not dramatic, but it inspired me to continue. The most dramatic aesthetic change was that I lost some of the puffiness.  My skin looked better, a LOT better, and my “cankles” were going away.  There is not a well-turned ankle in my whole family and I am no exception, but they looked better… a LOT better.  Then I started to feel better.

I stopped craving the sugar. I started to sleep again, and my tummy felt better.  My allergies improved. I had more energy during the day and I stopped having afternoon crashes.  When I was hungry, I wasn’t OH MY GOD I’M SO HUNGRY IF I DON’T EAT SOMETHING RIGHT NOW SOMEONE WILL DIE AND IT WON’T BE ME!! I ultimately lost 9 pounds and dropped one clothing size, which was my goal.

For the first time in my life, I found a healthy way of eating that felt natural and was something that I could maintain long-term.  I know it’s cliche, but ancestral eating really is a lifestyle and not a diet.  For me, I think what makes Paleo so different from the rest of the diets out there, is that I can eat fat. Fat gives me energy, it is satiating, and it tastes good. I had always thought of fat as the boogeyman, but now fat is my ally.  While I do consume more fat and a bit more protein than I had previously, the more notable diet change has been that I’ve replaced empty carbs from grains with vegetables.

I also like Mark Sisson’s 80-20 approach.  I eat “clean” 80% of the time and the other 20% I don’t worry about it.  I drink alcohol I eat dairy, and sometimes I have dessert.  I do try to have treats that are gluten-free and have limited unprocessed sugar.  Sometimes I eat junk food, or pizza, or even candy.  I don’t like the way I feel after eating this way, so I don’t do it often, but the important thing is that I don’t let the perfect be the enemy of the good.

Embracing the Paleo/Primal lifestyle,  I read book-after-book on ancestral eating.  I explored new recipes and gave old recipes “A Whole New Twist” to be grain-free and contain less sugar.  I got excited about cooking again, and I really liked the food coming out of my kitchen.  I started sharing my recipes on Facebook and realized I wanted to share all of my recipes.  That’s when I decided to create this blog.

Does my story sound familiar?  Are you are considering trying the Paleo lifestyle?  If so, I encourage you check out my page on Paleo Resources.

Please note, I’m not a doctor or a nutritionist, but I happily share what I have read and experienced.  This website is for informational and educational purposes only. Statements have not been approved by the FDA. The reader assumes full responsibility for consulting a qualified health professional before starting a new diet or health program. The writer(s) and publisher(s) of this site are not responsible for adverse reactions, effects, or consequences resulting from the use of any recipes or suggestions herein or procedures undertaken hereafter. 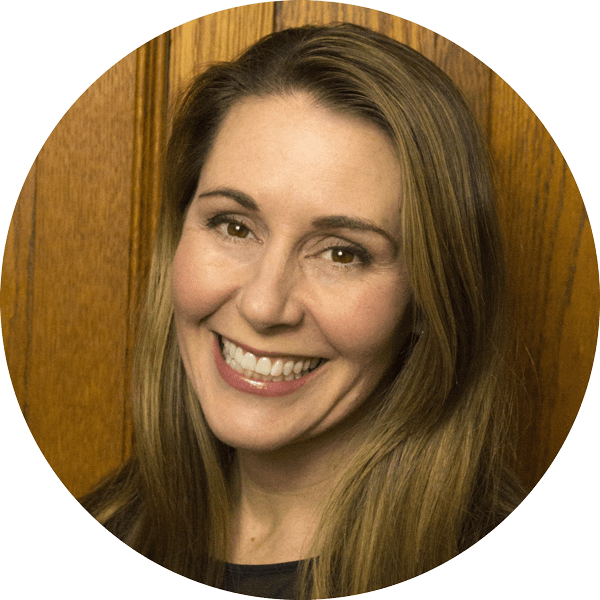 I love adding a whole, unprocessed and healthy twist to classic recipes.  My food is often grain-free, usually gluten-free, and always unprocessed. You are welcome to share a photo and link back to the original recipe giving A Whole New Twist full credit. Do not use the recipe in its entirety on your website without express and written permission from Caroline LaMorte, A Whole New Twist.